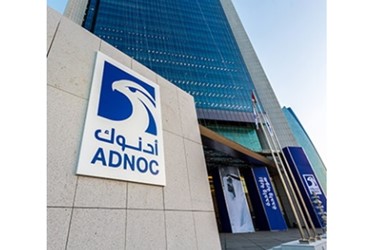 The Abu Dhabi Government and the Abu Dhabi National Oil Company (ADNOC) have awarded to a subsidiary of the Russian listed PJSC Lukoil Oil Company (LUKOIL) a five percent stake in the Ghasha ultra-sour gas concession that comprises the Hail, Ghasha, Dalma and other offshore sour gas fields in the Emirate of Abu Dhabi. At the same time, ADNOC, LUKOIL, and the Management Company of Russian Direct Investment Fund (RDIF) signed a framework agreement to explore potential future cooperation in relation to the Ghasha concession.

The concession award to LUKOIL marks the first time that a Russian company joins an ADNOC concession and builds on the strong and strategic bilateral relations between the UAE and Russia. It also reaffirms the confidence of the international community in the UAE’s trusted and reliable business environment.

In celebration of the friendly ties between both countries, the exchange of the signed concession and framework agreements was witnessed by His Highness Sheikh Mohamed bin Zayed Al Nahyan, Crown Prince of Abu Dhabi and Deputy Supreme Commander of the UAE Armed Forces, and His Excellency Vladimir Putin, President of the Russian Federation, on the occasion of the president’s state visit to the UAE.

e terms of the concession award, LUKOIL will invest an initial sum of AED 697.3 million ($190 million) as a signing fee for the concession. ADNOC maintains a majority stake in the concession, which has as further concession holders Italy’s Eni, Germany’s Wintershall Dea, and Austria’s OMV.

H.E. Dr. Al Jaber said: “We are very pleased to partner with LUKOIL on this crucial project, which also marks the first time that we partner with a Russian energy company across our full value chain. We are also pleased to have agreed a strategic framework agreement with LUKOIL and RDIF that builds on the award and offers potential for collaboration in relation to the Ghasha concession. The concession award, as well as the framework agreement, reflect the strong and strategic bilateral ties between the UAE and Russia and highlight the important role of energy cooperation in strengthening the relations between our two countries.

“LUKOIL joins our other value-add partners on the Ghasha concession, which is integral to our objective of enabling gas self-sufficiency for the UAE. The transaction is consistent with ADNOC’s targeted approach to engage with strategic partners that contribute the right combination of best-in-class expertise and advanced technology, market access or capital to unlock maximum value from Abu Dhabi’s resources for our mutual benefit, while delivering the greatest possible returns to the UAE.”

The Ghasha mega-project is expected to produce over 1.5 billion standard cubic feet per day (bscfd) of natural gas by around 2025. The natural gas will be enough to provide electricity to more than two million homes. Also, more than 120,000 barrels per day of oil and high-value condensates are expected to be produced.

Mr. Alekperov said: “The development of the Ghasha gas project is the first LUKOIL project in the UAE and we are pleased to partner with ADNOC and cooperate with RDIF in this project. LUKOIL has extensive experience in offshore fields, both independently and in consortia with other major international companies. We are glad to enter the project in the UAE with such a significant resource base and with such experienced partners. Joining this project is fully consistent with our strategy.”

Over the Ghasha concession’s lifetime, ADNOC expects substantial benefits to flow back into the UAE economy under its In-Country Value program, which is intended to stimulate commercial opportunities for local businesses, catalyze socio-economic development and create additional employment opportunities for UAE nationals.

Mr. Dmitriev said: “The large-scale project to develop the Ghasha Concession opens up great investment opportunities for RDIF and LUKOIL. The agreement with ADNOC reflects a high level of energy cooperation with the UAE and confidence in the expertise of partners from the Russian Federation to help develop one of the major natural resources projects in the Middle East.”

ADNOC’s integrated gas strategy will see the development, in phases, of Abu Dhabi’s substantial gas reserves, as the UAE moves towards gas self-sufficiency and aims to transition from a net importer of gas to a potential net exporter of gas.

In addition to developing the Ghasha concession area, ADNOC plans to increase production from its Shah sour gas field from about 1.3 to 1.5 bscfd of natural gas. ADNOC also plans to tap gas from its gas caps, and unconventional gas reserves, as well as new natural gas accumulations, which will continue to be appraised and developed as the company pursues its exploration activities.

Last year, bilateral relations between the UAE and Russia were strengthened when H.H. Sheikh Mohamed bin Zayed Al Nahyan and President Vladimir Putin signed a Declaration of Strategic Partnership to cooperate in various sectors such as politics, security, economy, and culture. In 2018, bilateral trade between the UAE and Russia topped AED 11 billion ($3B), a 21 percent increase on the previous year.

About ADNOC
ADNOC is one of the world’s leading diversified energy and petrochemicals groups with a daily output of about 3 million barrels of oil and 10.5 billion cubic feet of natural gas. With 14 specialist subsidiary and joint venture companies, ADNOC is a primary catalyst for the UAE’s growth and diversification.