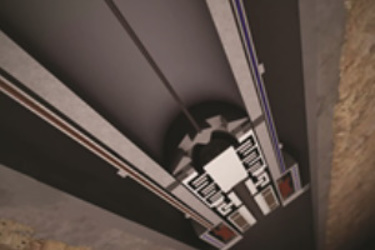 Cerritos, CA (PRWEB) - Upwing Energy, an artificial lift technology company, and Mitsubishi Heavy Industries (MHI), one of the world’s leading industrial firms, have been awarded the next phase of the Magnetic Drive System™ (MDS) project by DeepStar, a global offshore research and development consortium.

The new phase, based on the successful completion of a design study last year, will include the design, build and test of enabling technologies that are the backbone of Upwing’s MDS concept for a reliable and retrievable Electric Submersible Pump (ESP).

Upwing Energy will design, fabricate and test a full-scale passive radial bearing assembly as well as a magnetic vibration and temperature sensor system to be utilized between the pump stages and motor in the MDS. MHI will design, fabricate and test a few stages of the high-speed, efficient hydraulic pump. The detailed design of the prototype and validation of major components of the MDS will determine the technical and economic viability of the MDS pump system.

Upwing and MHI engineers will begin work on Phase II of the project in June and are scheduled to complete the experimental prototype, including component testing, by May 2021.

About Upwing Energy
Upwing Energy, Inc. (“Upwing”), headquartered in Cerritos, Calif., provides the most reliable, available and retrievable artificial lift technology that increases the production and recovery of hydrocarbons from conventional and unconventional wells. The company is an innovative offshoot of parent company Calnetix Technologies, which is a recognized leader in high-speed rotating systems for a wide variety of industries. For more information, please visit http://www.upwingenergy.com.