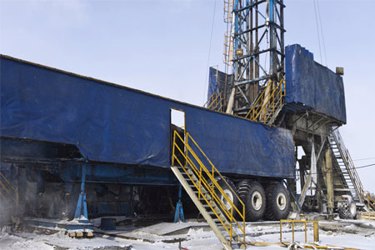 Drilling is critical for oil and gas exploration companies, which typically use third-party contract drillers to do the work. The service providers often preconfigure the depth and speed of the well-bore path via an auto-driller system that controls the process with occasional human intervention. However, many variables relating to the mechanical equipment and geology can cause unplanned vibrations. It can be difficult to communicate the best approach to the drillers, which tend to use default settings for holding a specific drill speed for long periods of time, which can be suboptimal. If left unchecked, sustained vibrations can damage the drilling rig, leading to costly repairs and delays.

A North American upstream oil & gas company wanted to protect the equipment and well from damage caused by self-inflicted vibration within auto-driller systems. The company’s objective was to communicate with the drillers as to the proper set points, gain, and decay settings, enabling them to adjust the depth and speed of drilling according to the conditions. Read the full case study to learn more.