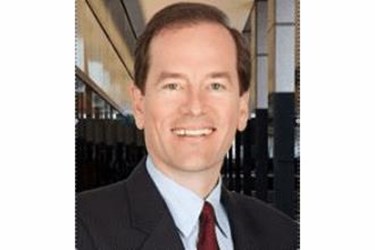 H2scan, the fast-growing provider of hydrogen sensors for industrial markets, recently announced that Board Chairman Michael Allman has been appointed CEO of the Valencia, California-based company. Over the past three decades, Mr. Allman has been a leader in developing growth initiatives in the renewable energy sector and forging vital global relationships for Fortune 300 corporations and consulting firms. Under his stewardship as CEO, H2scan’s production, eminence and innovation will be enhanced by the company’s recently completed state-of-the-art environmental and conditioning laboratory and expanded production facility.

“The entire H2scan team is thrilled to welcome Michael Allman as our new CEO,” said Dennis Reid, the founder of H2scan, who will assume the role of President moving forward. “His experience in the energy industry, and his success leading companies large and small will bring significant value to H2scan. Michael comes on board at a perfect time as we are seeing tremendous growth and opportunity in both the transformer and process segments of H2scan,” Mr. Reid shared.

For fourteen years, Mr. Allman worked for Sempra Energy, the Fortune 300 energy holding company based in San Diego, California. In his most recent role with Sempra, he was the Chairman and CEO of the Southern California Gas Company, the largest natural gas distribution company in the United States. While at Sempra, Mr. Allman ran the company’s strategic investment in renewable energy. He pioneered the utility-scale Solar Power industry which drove a worldwide capital investment of over $500B. Most recently, Mr. Allman was the President of Bit Stew Systems, a prominent software company for the Industrial Internet of Things (IIoT). While at Bit Stew, he directed the strategic sale of the company to GE Digital, creating the foremost IIoT service business.

"H2scan is poised to become the leading supplier of hydrogen sensing technology. Its high-quality and low-cost sensors will create new and expanded markets for hydrogen measurement, improving the safety and operating performance of multiple industries. I am thrilled to join the Company as CEO as it embarks on a path of substantial growth. I look forward to working with my colleagues to achieve continued success for H2scan and our customers," said Mr. Allman.

Mr. Allman holds a Master's degree in Business Administration from the University of Chicago, Booth School of Business and a Bachelor of Science degree in Chemical Engineering from Michigan State University.

About H2scan Corporation
H2scan was founded in 2002, and has its headquarters, sales, production and marketing staff in Valencia, California. The Company provides the most accurate, tolerant and affordable hydrogen leak detection and process gas monitoring solutions for industrial markets. H2scan enables the accurate monitoring and control functions for a wide range of applications, including control systems, safety monitoring and alarm systems. H2scan also provides portable, handheld configurations for easy leak detection and monitoring.

The company’s solid-state technology was originated at Sandia National Laboratory and the U.S. Department of Energy. H2scan now holds 27 patents on its core technology, software and electronics and its products are sold in over 50 countries worldwide. For more information, visit H2scan.com.