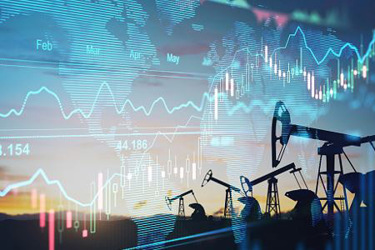 Russia's invasion of Ukraine has sent a shockwave across financial and energy markets in the world. The ongoing crisis has disrupted the oil and gas supply to Europe and raised concerns about the future oil supplies. Invasion pushed the oil and gas prices to record highs. European oil prices soared on news of aggression and are reaching new highs with each passing day. On March 3rd, Brent Crude Futures jumped 3.24% to US$ 116.59 per barrel, after crossing the US $119 earlier this week. U.S. Crude Futures also climbed 3.26% closing at $114.21 per barrel.

Disrupted natural gas supply chain through Ukraine caused natural gas prices in Europe to rise by 25%. With supply already tight, the conflict will continue to put additional pressure on oil prices. With Russia's exports shutting down due to strict sanctions, world is expected to face high inflation and severe energy crisis in upcoming days. Governments are taking decisive steps to tackle the energy and economic crisis if Russia curbs the energy export.

Amidst the ongoing crisis the demand of decentralized energy has increased significantly. With Russia targeting Ukraine’s power grids and other energy infrastructures, the need of integrated power solutions will increase. Based on current scenario in Europe, Future Market Insights predicts that the demand of military power generator will grow at over 3.4% CAGR till 2030.

In this blog we discuss, the impact of Russia-Ukraine crisis on European energy market and how leading economies are working towards rerouting energy supplies to Europe to reduce deep reliance on Russia’s oil and gas supplies.

The ongoing crisis highlighted political inconsistencies that are threatening unity across Europe and the transatlantic region. These tensions are most pronounced in how European countries are addressing energy demand. Germany recently suspended the certification of the new Nord Stream 2 gas pipeline between Russia and Germany in response to Russia's invasion of eastern Ukraine.

Nord Stream 2 is a 1,200 km pipeline beneath the Baltic Sea that transports gas from the Russian coast near St. Petersburg to Lubmin, Germany. Costing € 10 billion, it was completed in September 2021. Russia's state-owned energy giant Gazprom put up half the cost, while Western energy companies such as France's Shell and Engie put up the rest.

Nord stream 2 holds a lot of political and economic significance and is also a major contributing factor in ongoing Russian crisis. The pipeline is expected to cater the ever growing demand for gas in Western Europe, especially at a time of exceptionally high energy prices.

The permanent cancelling of the pipeline will have a much bigger repercussions and will be considered carefully by all countries where Russian gas is supplied [Czech Republic, Austria, Italy, and Germany]. If the West comes to an agreement with Russia, Germany's current sanction on Russia could be temporary.

Non beneficiaries from the new pipeline have opposed the new pipeline for years. It is feared that the operation of Nord stream 2 while solving Europe’s energy crisis will also allow Russia to monopolize gas supplies to Europe. The precursor of this threat was witnessed in 2006, when Russia blocked the gas supplies through Ukraine, causing acute energy shortages during winter in central and Eastern Europe.

Russia is keen to increase its gas supply to Europe through this new pipeline. Instead of relying on land pipelines which passes through Poland and Ukraine, Russia wants an underwater pipeline to Western Europe bypassing neighboring countries. The land pipeline networks are outdated and inefficient, and Poland and Ukraine charge high transit fees on oil and gas.

While the benefit of Nord Stream 2 outweighs the political drawbacks, Europe will become completely dependent on Russia's oil and gas exports and could have a significant impact on other suppliers like United States. Against the current political background, these concerns have much legitimacy as countries seek to diversify their energy demands.

Europe’s energy policy will play a crucial role in changing the energy atlas in the areas around the pipeline project. As European countries are pursuing aggressive carbon reduction targets, they will be looking forward to meet energy demand by exploring renewable sources and leverage them to address the current energy security concerns and how can they be adequately met without a pipeline.

First factor would be the imposition of stricter sanctions on Russia by United States and EU. Considering the current scenarios and aggressive nature of Russia, deeper and broader sanctions are certainly possible. While European powerhouses are preparing for the aggression, they are reluctant to target Russia's energy flow system directly as it can damage their economy.

Imposing of stricter sanctions and Russian banking system adopting more targeted approach will shake the confidence of investors and western energy companies. They might become reluctant to do business with Russian financial institutions, as the value of Ruble continues to fall during the crisis.

This reluctance can derail trading in energy and power sectors. Sanctions will cause western banks to lose faith in Russian financial system. In short term oil transaction will take a serious hit while over time; long-term gas contracts will also be affected.

Second factor is Russia leveraging its energy resources to retaliate against the sanctions. This could come in the form of stopping the export of oil and gas to Europe. Despite tension on Ukrainian front, Russia has not threatened to take such measures. Conversely, the Kremlin and businesses have emphasized their credibility as an energy supplier shortly before the invasion and have assured to increase the flow of natural gas post crisis. Deviating from this course will destroy their credibility in the European energy market and will incur enormous financial and commercial loss to Russia.

Energy is the Kremlin's main source of income, with oil and natural gas accounting for 40% of its budget revenue. For large companies like Gazprom, breaching a long-term contract with the EU creates significant liability and could accelerate the EU’s effort to break away from the dependency on Russian gas.

Considering the ongoing crisis, the possibility of Russia completely suspending oil and gas exports to the EU cannot be ruled out. If that happens, it will have a devastating impact on the global economy as a whole, not just the European economy, which heavily relies on Russia's imports.

The crisis has caused multinational companies to rethink their stance in Russia. Russia poses a variety of risks, like reputational damage, logistics disruptions, and the threat of sanctions violation. Companies are competing to develop new strategies for uncertain times that are expected to come. Companies with large exposure to the Russian market are taking cautious approach in terms of freezing their investments in the region.

From the oil side, international oil companies have managed reserves and provided capital and shared expertise with their Russian partners for years.  However the ongoing supply chain disruption is forcing international companies to abandon their share from Russian oil market. For instance, Royal Dutch Shell recently announced to take back all investments from Russia and exit the joint venture with Gazprom. British Petroleum (BP) also announced to sell its ~20% stake in Russian state-owned oil company Rosneft. TotalEnergies has long tolerated high-risk jurisdictions, but announcement from BP and Shell is putting additional pressure on TotalEnergies to leave Russia.

Despite the announcements, energy companies are reassessing their position in real time.  ExxonMobil announced that it will take time to safely complete a project in the Russian Far East. It can be difficult for western companies to sell a joint venture or the shares of Rosneft itself especially, if the Kremlin maintains a ban on the sale of Russian foreign assets to curb capital flight.

Although the moral and reputational reason for the companies to leave Russia becomes stronger as the war prolongs, it might also become financially and logistically harder. Exiting of ventures could increase pressure on oil and petroleum giants like Saudi Arabia to use their own reserve capacity to fill the supply gap created by Russia.

EU is taking efforts in promoting non-carbon sources such as renewable energy, nuclear power, and green hydrogen. Decarbonization provides a path to energy security and can benefit from the newly discovered unity of Europe amidst crisis.

The Ukrainian War has bolstered support to accelerate the EU's European Green Deal. This large-scale project aims to bring climate issues to the Center for Energy Policy and achieve continental carbon neutrality by 2050. This project contains a series of measures called "Clean Energy for All Europeans", designed to be enacted as law by Member States. The plan was approved in 2020. The plan covers all key areas of energy use ranging from buildings and energy efficiency to the electricity market, with a focus on the transition to zero and low carbon sources.

The conflict has so far slowed progress. In 2021, when the EU agreed to classify nuclear power as "low-carbon clean energy," it received criticism from various observers. However, France recently announced its plans to build 6-14 new advanced reactors to enhance its energy security and maintain its low emission status.

Similarly Germany is pursuing aggressive carbon reduction targets and is also phasing out nuclear power generation. As a result, Germany is investing tens of billions of euros on renewable energy infrastructure development. However, solar and wind energy still rely on fossil fuels such as coal, oil and natural gas to compensate for the energy gaps. Germany's clean energy policy calls for a preference for natural gas. About one-third of Germany's natural gas already comes from Russia. Country planned to increase its import with Nord Stream 2, doubling the original capacity of Nord Stream 1. Instead, Germany is now accepting natural gas supply offer from United States.

United States and European leaders are particularly concerned about major supply disruptions amidst Russian invasion. The biggest challenge is to provide energy to Europe while reducing reliance on Russian oil and gas.

Efforts are being made to meet Europe's energy needs. Europe has gas reserve that could last for a month. Such gas reserve is called “Cushion Gas”. It is usually the minimum amount of gas that needs to be stockpiled so that it can fall back in an emergency. In addition to that, there is usually about nine weeks of demand from commercial suppliers, and United States is leading the effort to consolidate additional shipments of liquefied natural gas (LNG). A similar approach helped supply Japan after the Fukushima accident.

Analysts believe that even if such measures could mitigate the short-term crisis, the costs would be high. Experts are optimistic that Europe will find a way even if Russia completely shuts down its energy supply. Manufacturers are looking to divert some LNG supplies or switch much of their energy mix to coal and other sources. However, any shift in supply will bring peak prices and burden European consumers with even higher invoices.

Hakimuddin Bawangaonwala is an experienced market researcher and content writer, who works closely with the research teams at Future Market Insights, an ESOMAR-certified market research and consulting market research company. With sound research skills and his own style of writing, he has extensively covered developments in energy and associated industries. MarketNgage is the Market Research Subscription Platform from FMI that assists stakeholders in obtaining in-depth research across industries, markets, and niche segments. You can connect with Hakimuddin on LinkedIn.