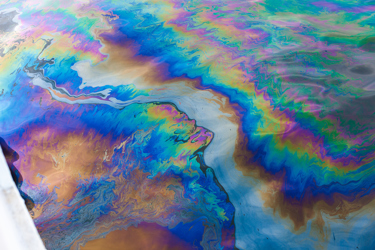 The U.S. EPA has come under scrutiny for its three-decades-old stance on the chemicals that are permissible for dispersing offshore oil spills, with a federal judge ordering it to take new action.

“The agency ‘delayed unreasonably’ by waiting at least six years to finalize draft regulations updating the 1994 rules,” per the judge’s ruling, AP reported. “The EPA now has a deadline of May 31, 2023, to take final action on listing and authorizing the chemicals and in the meantime must submit regular status reports.”

Environmental groups filed a lawsuit last year against the EPA over concerns that the agency was not taking the latest data and testing procedures into account in its stance on what chemicals could be used to fight oil spills. They argued that the chemical dispersants used were actually more toxic to human and marine life once mixed with oil.

“The issue was spurred by the Deepwater Horizon spill in 2010 that put hundreds of millions of gallons of oil into the Gulf of Mexico,” AP reported. “Environmental groups have contended that people, including children and first responders exposed to the dispersion chemicals, suffered sometimes serious health problems.”

Alaska Public Media reported that dispersants haven’t been used in U.S. waters since then, but environmental advocates would like to ensure that doing so would be a violation of federal regulations moving forward, as the potential for oil spills grows.

“The concern is that as climate change ensues, as we see more of an ice-free Arctic, we’re going to see more shipping in areas that are dark and rough weather,” Cook Inletkeeper Advocacy Director Bob Shavelson told Alaska Public Media. “And it’s going to be very difficult to use traditional tools to clean up spills. So the oil companies and shipping companies are going to prefer to spray dispersants and just disperse it.”

The EPA will be submitting status reports about the process of updating its rules every 180 days, and it now appears that source-water quality will be better protected as of 2023 or sooner.