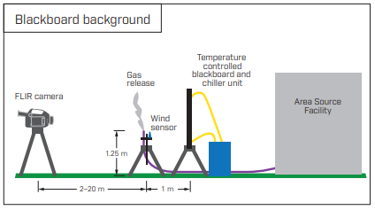 In 2016, the US EPA implemented regulations for New Source Performance Standards (NSPS) in the Oil and Gas industry aimed at reducing methane emissions.  This regulation, NSPS 40 CFR Part 60 Subpart OOOOa (commonly referred to as OOOOa or “quad-O-a”), was reconsidered in the Trump administration with final rulings in September 2020 and these reconsiderations been overturned by Congressional Review Act in April 2021.  In the OOOOa regulation, Optical Gas Imaging (OGI) was defined as the Best System of Emissions Reduction (BSER) for Leak Detection and Repair (LDAR).  In this application note, NPL reported that through independent testing, the FLIR GF320 demonstrated the capability of detecting gas emissions according to the leak sensitivity standards set in the EPA OOOOa regulation.  Download the paper for the full report.