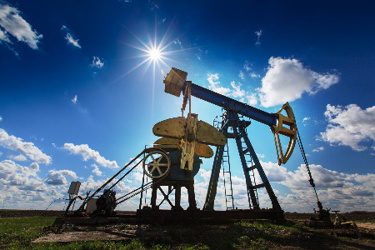 Internal U.S. EPA documents released by a physician-led public protection group show that the agency knowingly allowed for the use of chemicals that could degrade into per- and polyfluoroalkyl substances (PFAS) by hydraulic fracturing operations.

“For at least a decade, the Environmental Protection Agency has allowed oil companies to use certain chemicals for fracking, even though the agency knew they could degrade into PFAS,” Gizmodo reported. “The approval came despite the fact that the EPA itself had raised concerns about the substances’ effects on human health.”

The revelation indicates that the EPA, the foremost federal agency charged with protecting the environment, paved the way for industrial operations to inject substances tied to one of the most pervasive water contaminants directly into the ground.

“[The report] shows that fracking comes with an additional risk for those working at drilling sites and living downstream from them,” per Gizmodo. “PFAS — chemicals that are found in everything from food packaging to electronics to the drinking water of 80 million Americans — have been linked to a vast array of health problems.”

Though there is no public data to demonstrate where these chemicals might have been used, researchers have been able to determine that this use has been widespread.

“The FracFocus database, which tracks chemicals used in fracking, shows that about 120 companies used PFAS — or chemicals that can break down into PFAS, the most common of which was ‘nonionic fluorosurfactant’ and various misspellings — in more than 1,000 wells between 2012 and 2020 in Texas, Arkansas, Louisiana, Oklahoma, New Mexico, and Wyoming,” The New York Times reported. “Because not all states require companies to report chemicals to the database, the number of wells could be higher.”

As consumers and state-level regulators have increasingly sought to ban the presence of PFAS, pressure is growing on the Biden administration to pass stricter federal limits on the substances. As part of the release of this latest report, the protection group also included some recommendations for action.

“The recommendations include further assessing the health effects of PFAS exposure, testing and tracking where PFAS was used in fossil fuel drilling to see if nearby soils and groundwater are contaminated, and forcing oil and gas and chemical firms to fund comprehensive cleanup,” per Gizmodo. “The group also calls for the government to require full public disclosure of what chemicals will be used at oil and gas wells before they can even be developed and for a moratorium on PFAS and chemicals that can break down into PFAS by fossil fuel companies.”