Rosneft Increased Its Proven Hydrocarbon Reserves By 4% In 2018 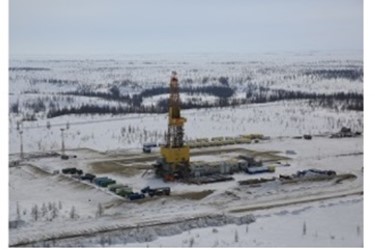 For a number of years now Rosneft has been taking by far the leading position among the largest public oil and gas companies with regard to SEC proven reserves-to-production rate and reserves replacement ratio. Along with this Rosneft is showing the lowest hydrocarbon exploration and production costs among the global energy companies.

2018 reserves growth was due to successful exploration operations, the start of development of new field areas as well as improvement of development performance both in the traditional production regions (Yuganskneftegaz, Nyaganneftegaz) and the new projects (East Siberia fields).

For many years now Rosneft has consistently ensured high levels of current production replacement with addition of reserves. In 2019-2022, the Company intends to replace a minimum of 100% of the produced hydrocarbons. Along with this accelerated reserves development is expected as well as speeding up of preparation of projects, conversion of resources to reserves taking into account their profitability, improvement of success rate of exploration drilling in the Russian Federation. In the medium term enhancement of production at mature fields and active development of new promising oil and gas projects, including Vankor cluster, Erginsky cluster, Rospan International fields, Russkoe, Kharampurskoe, North-Komsomolskoe, North-Danilovskoe, Yurubcheno-Takhomskoe will enable increase of the Company's production through organic growth.