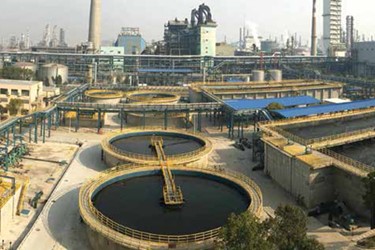 Safeguarding the environment from refining’s potential impacts
Jiujiang, a city of 5 million people, borders the edge of the Yangtze River as well as Poyang Lake, each China’s largest. To the east of the city’s residential districts, midway on a peninsula separating the two bodies of water, sits the giant petrochemical complex of the Sinopec Jiujiang Company, a subsidiary of the Sinopec Corporation, the nation’s largest refiner. Nearly 3,000 people work there.

Built in 1975 with a major modernization to double capacity in recent years, the plant covers 4 square kilometers and processes about 57 million barrels of oil annually, on its way to an eventual goal of 72 million barrels per year. Outputs include jet fuel, gasoline, kerosene, and diesel products. With that production, comes massive amounts of oily, water-borne effluents that are extremely difficult to treat.