Shell Invests In PowerNap Subsea Tie-Back In Gulf Of Mexico 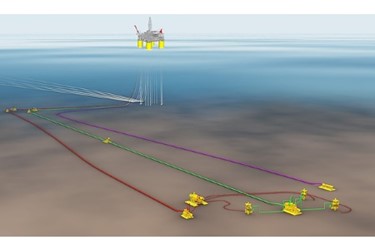 Shell Offshore Inc. (Shell), a subsidiary of Royal Dutch Shell plc, has taken the final investment decision (FID) for the PowerNap deep-water project in the US Gulf of Mexico. PowerNap is a subsea tie-back to the Shell-operated Olympus production hub.

"PowerNap further strengthens Shell’s leading position in the Gulf of Mexico,” said Wael Sawan, Shell’s Upstream Director. “It demonstrates the depth of our portfolio of Deep Water growth options, and our ability to fully leverage our existing infrastructure to unlock value,” he added.

Shell has a leading deep-water portfolio with an exciting development funnel and strong exploration acreage in the US Gulf of Mexico, Brazil, Nigeria and Malaysia heartlands, as well as in emerging offshore basins such as Mexico, Mauritania and the Western Black Sea. Shell currently is the largest leaseholder and one of the leading offshore producers of oil and natural gas in the US Gulf of Mexico.