Will America Fill The Energy Vacuum Left By The Russia-Ukraine War? 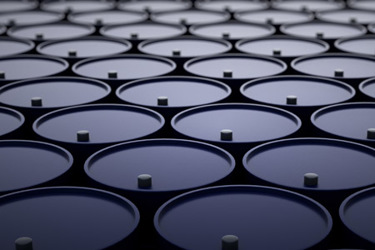 Russia’s attempt to redraw its geographical outreach via its stint in Ukraine is generating massive turbulence in the global energy market. Naturally, Americans are highly concerned about the impact the crisis is bound to have on critical energy sources, typically on natural gas. Globally, Russia is the 3rd largest producer of oil, accounting for 8-10% of the global supply.

As was anticipated, natural gas prices across Europe escalated significantly in the latter half of February 2022. With Germany’s decision to stem the certification process of the Nord Stream 2 pipeline, a project which would permit Russia direct access to the country, European energy politics is in for a paradigm shift.

Russia could potentially curtail oil and gas exports to the West, leading to massive price increases and widespread economic uncertainty. In addition, the White House is certain this crisis will only serve to hasten Europe’s energy diversification initiatives. This would prompt American energy companies to forge supply agreements with countries expected to be hit by an energy crunch.

In this article, we shall attempt to trace how American involvement in the Russia-Ukraine stand-off is expected to shape the future trajectory of critical energy infrastructure projects (renewable and non-renewable). Specific emphasis will be laid on U.S energy interests across Ukraine and the likely outcome of this conflict across the country.

The current stand-off presents the perfect opportunity for the U.S to build upon its 2021 joint statement on its strategic partnership with Ukraine. As per the dialogue, both nations have agreed to bolster collaboration on shared energy and climate goals through a reinvigorated Strategic Energy and Climate Dialogue, which will provide a strong platform to advance energy security objectives, enhance economic ties, and achieve ambitious climate targets.

The 9th U.S-E.U Energy Council, which was convened in February 2022, is working to enhance energy security and promote energy diversification. In this endeavor, both parties will ensure that liquefied natural gas markets have the capacity to provide additional diversified supplies in case of pipeline gas disruptions in the short-term. Furthermore, a commitment has been made to gradually transition towards net-zero emissions, by adoption renewable energy sources.

An important development is with regard to ensuring cybersecurity in energy infrastructure. Given the intensity of Russian aggression, the possibility of a potential hacking of energy systems across Ukraine and other allied countries cannot be ruled out. The impact of this aggression is likely to be felt in the digital oilfield solutions domain in particular.

According to ESOMAR-certified Future Market Insights, digital oilfield solutions demand is forecast to accelerate at a 6.5% CAGR until 2028. North America has especially transitioned to this technology, with the report expecting it to account for over 24% revenue. Hence, it is imperative for the country to devise strategies which would mitigate the adverse impact of this crisis.

Nord Stream 2: Is it really that Big a Deal in the Present Context?

Being already under fire for being highly controversial, the Nord Stream 2 pipeline project is likely to act as a significant determinant of the shifting energy landscape across Europe. Along with Nord Stream 1 which was inaugurated in 2012, the project would enable an increase of annual export capacity to 110 billion cubic meters, meaning it would comprise almost 50% of what it sells to Europe.

The flipside- Europe could be rendered completely dependent on Russian hydrocarbon exports, giving the Asian giant extensive leverage over other suppliers. Hence, there has been a significant opposition from the U.S, Poland and Ukraine respectively. Given the current political background, these fears are acquiring major justification, with countries seeking to diversify their energy requirements.

With several European powerhouses, including Germany, imposing fresh sanctions against the construction of the pipeline, the U.S has easily joined the bandwagon, welcoming the Republics decision to halt certification. Initially commenting that the pipeline was essential to addressing its energy requirements, Germany reported that even without the said pipeline, their energy security concerns would be adequately met.

This is an interesting development, given an earlier tripartite development between Ukraine, Germany and the U.S in 2021, wherein it was agreed that Germany would provide Ukraine assistance with an initial donation of € 148.3 million. It was reported that the Nord Stream 2 pipeline would yield € 2 billion in annual revenues to Ukraine. However, given the highly aggressive demeanor of Russia, the country is willing to forego this lucrative opportunity. This is expected to significantly alter the energy atlas across the core and peripheral areas surrounding the pipeline project.

Will Diversification of Ukrainian Energy Sources be a Welcome Sign for U.S Involvement?

As Ukraine’s future enters doldrums, the country is increasingly looking to diversify its domestic energy requirements. With possible talks from the EU regarding safeguarding of the country’s power grid, possibilities for voluminous investments by the U.S could be largely possible. Since last week, Ukraine has disconnected its grid from a Russian system, asking for emergency synchronization with a European system.

This implies that Russia would no longer be able to control technical aspects such as grid frequency. For years, Ukraine and Europe have been planning to synchronize their power grids, as the country attempts to decouple from systems linked to Belarus and other former Soviet republics. Studies reveal that about 55% of Ukraine’s power generation is taken care of by four nuclear power plants.

As per proposals, the community aims to widen their share of renewable energy mix. This is tied to their long-term objective of attaining carbon neutrality by 2030, attempting to reduce natural gas consumption to the tune of 25%. Given these possibilities, the opportunity is perfect for American energy players to significant widen their outreach across Ukraine.

Considering the aforementioned developments on the table, the U.S-Ukraine partnership is set to blossom to its fullest extent, if the current crisis escalates. Going back to the 2021 tripartite agreement between Germany, U.S and Ukraine, a proposed Green Fund has highlighted the aim of supporting Ukraine’s energy transition, energy efficiency and security.

As per this arrangement, both Germany and the U.S have committed to attract US$ 1 billion (€847.4 million) in investments, including from the private sector. The U.S, for its part, does not offer financial assistance to Ukraine but commits to support the Green Fund with technical assistance and policy support.

Another gain for Ukraine is the prospect of full integration into the European electricity grid, the world’s largest. As of now, only small parts of Ukraine are integrated into the grid, but the agreement foresees that Germany will provide technical assistance to do that, in coordination with the EU and the US Agency for International Development.

It is true that the current standoff between Russia and Ukraine has the possibility of pushing the global energy security mix into a prolonged recessionary phase, especially across European markets. At the same time, it is unclear whether the situation is likely to prevail for the long haul. Nevertheless, countries across the world are rushing to secure their energy supply chains, looking for alternative energy sources and diversifying into renewable energy.

As far as the U.S dynamic is concerned, there are significant opportunities waiting for it. From a political standpoint, the country has been presented with a chance to expand its Sphere of Influence across previously hostile demographics. With constant efforts via strategic dialogues and energy sharing fora, American energy distribution prospects are likely to change for the better.

Abizer Shaikhmahmud is a content writer and editor at Future Market Insights, an ESOMAR-certified market research and consulting market research company. He has written extensively about evolving trends in technology and allied industries. The award-winning firm is headquartered in Dubai, with offices in the U.S., UK, and India. MarketNgage is the Market Research Subscription Platform from FMI that assists stakeholders in obtaining in-depth research across industries, markets, and niche segments. You can connect with Abizer on LinkedIn.