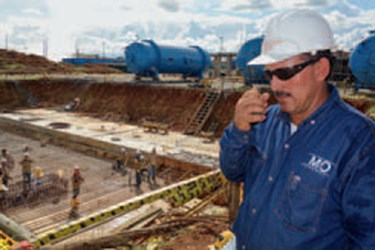 In the Castilla oil field in the Acacias township in Colombia, Siemens is partnering with Ecopetrol to set up a system that will purify about 40 million gallons of water daily, equal to the average water consumption of a city of 100,000 people.

Within less than a decade, Colombia has joined the elite of global oil producers, doubling its average daily output to more than 1 million barrels per day, a level attained by only 19 other countries. Better known perhaps for its foreign shipments of coffee, cut flowers and bananas, Colombia is now a player in the global oil market, ranking behind only Saudi Arabia, Canada, Mexico, and Venezuela among top oil exporters to the USA.